American author best known for his musical talent as well as his writing.
An influential realist writer who created characters of
moral ambiguity – often based on his own real life examples. 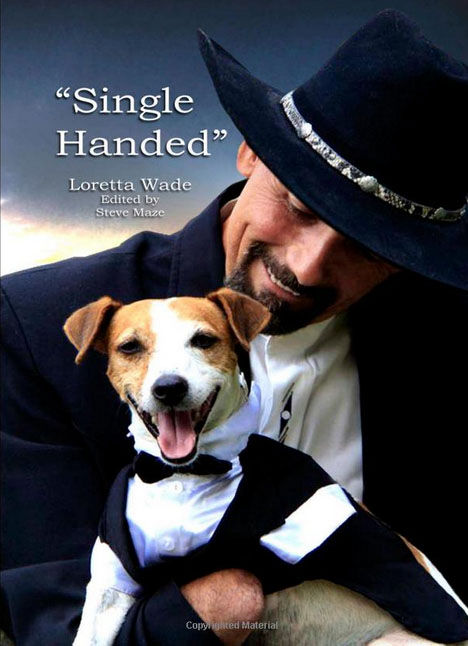 Check Out SingleHandedBook.com    Check it out on Amazon

Keith Maze has inspired many people during his battle with cancer. Battle is a good way to describe it. Maze is more of a battler than a victim. Maze has always been a fan of the underdog, rooting for and helping them in any way he can. Even during the darkest days of battling the disease the talented singer organized or performed at many charity events. So who could have imagined that one of the underdogs he helped was, well, a dog?

This story will draw a tear to your eye, but have you laughing at the same time. Not only can you overcome adversity during the worst moments, you can also do it with a smile. 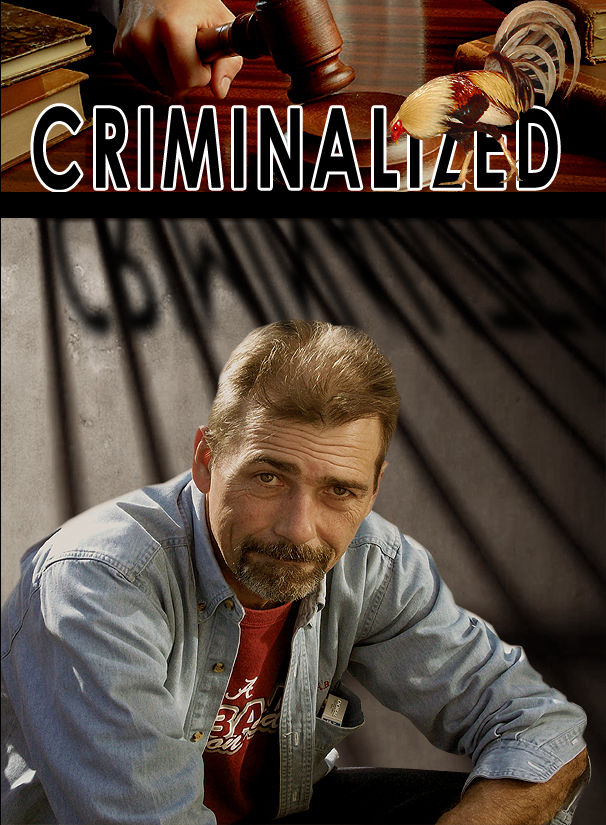 Check Out CriminalizedBook.com    Check it out on Amazon    Hats, Shirts, and the DVD

The fighting of roosters is an ancient sport. Historians tell us it’s the oldest sport excluding the hunt. The rooster has been used as a symbol in nearly every religion in the world. He arrived on the first ships to America. He fought in the pits in Virginia the same hands which signed the constitution.

Today he is outlawed in nearly every state. He is a 100 million dollar a year American business. His business is courage. He represents a heritage 1000’s of years old. 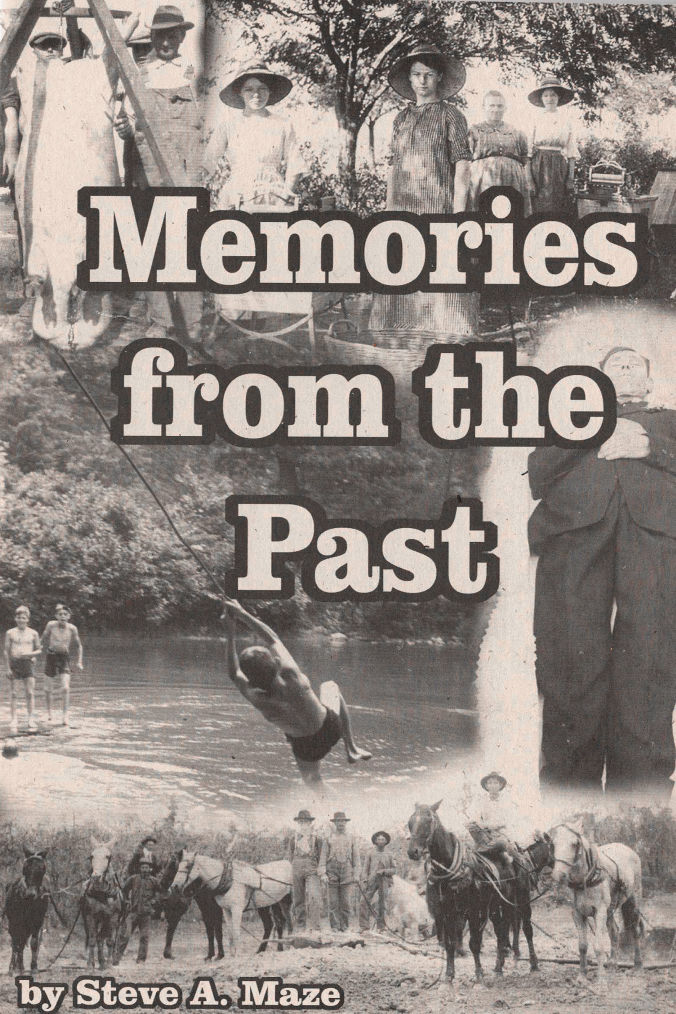 Three generations of stories that offers a realistic glimpse of southern life during the 1920s-1960s!
Recall the days when families gathered around "The Radio"; when Monday was designated as "Wash Day on the Farm"; when "The Flying Jenny" was a source of entertainment for children; when neighbors gathered together each November for "Hog Killing Time; when "Pulling Cokes" was a common occurrence at country stores; and when friends brought food to the home of the deceased and began the ritual of "Sittin' Up With the Dead".
Twelve fascinating and entertaining stories told by a master storyteller!

Steve, A. Maze is the publisher of Yesterdays Memories magazine, and a six-time author. He has also written numerous articles for newspapers and magazines.
Known as `Alabama's Storyteller'', Maze has appeared on a number of television shows to share interesting insights about the people and events on which he has written.
As a featured public speaker, he is popular for his humorous, down-to-earth, style of speaking. 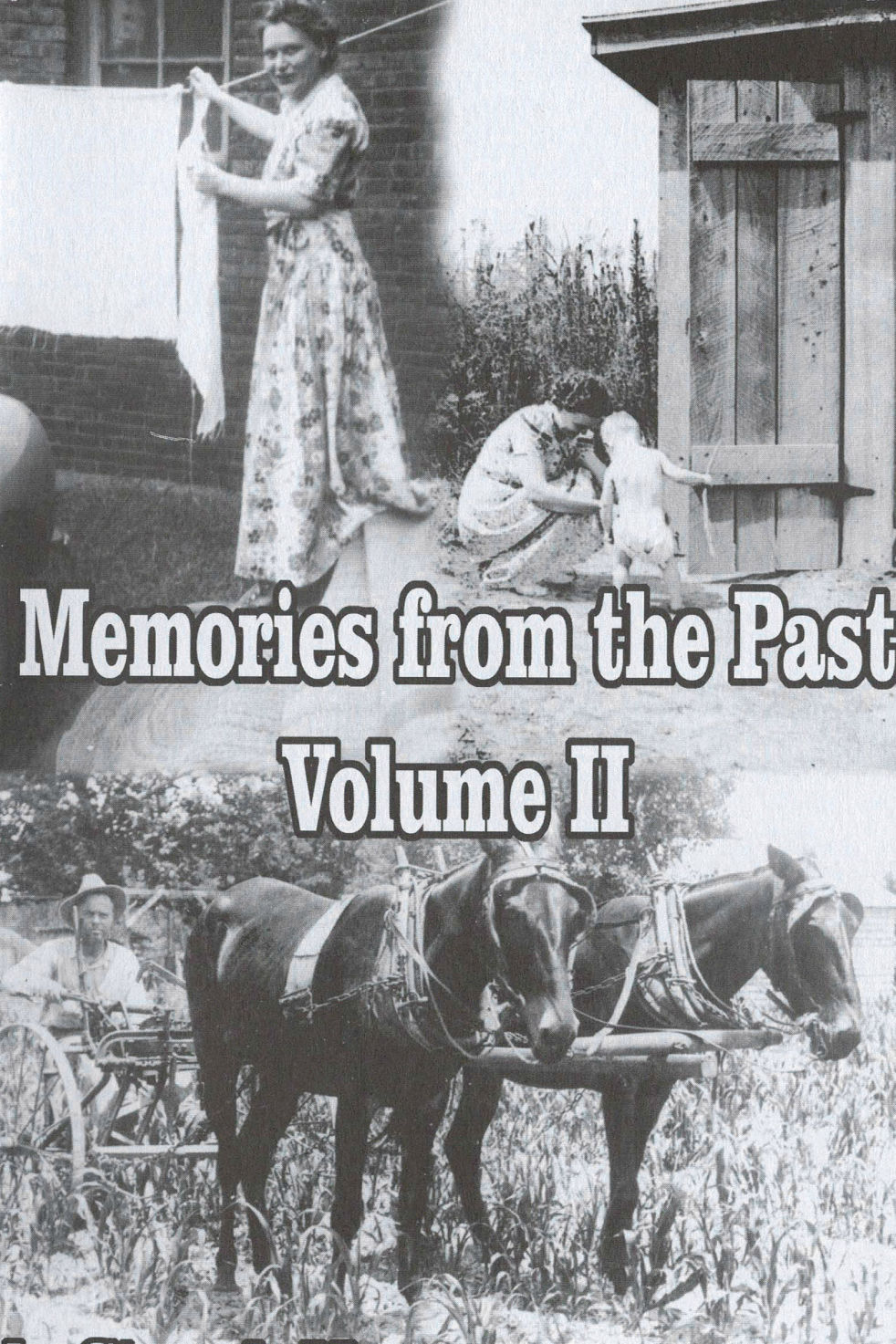 Twelve more stories that offer a realistic glimpse of southern life during the 1920s-1960s!
Recall the days when "Outhouses" were a common fixture on every farm; when "6-8-4 Underwear" was in style; when "Water Witching" was used to discover underground streams; when people gathered around the pot-bellied stove at "The Old Country Store"; when "Strange Snakes" slithered their way through rural forests; and when cats and dogs were not the only animals people kept as "Farm Pets".
Drift back in time to a much simpler lifestyle that is not only inspirational and fascinating, but humorous as well.

Steve, A. Maze is the publisher of Yesterdays Memories magazine, and a six-time author. He has also written numerous articles for newspapers and magazines.
Known as `Alabama's Storyteller'', Maze has appeared on a number of television shows to share interesting insights about the people and events on which he has written.
As a featured public speaker, he is popular for his humorous, down-to-earth, style of speaking. 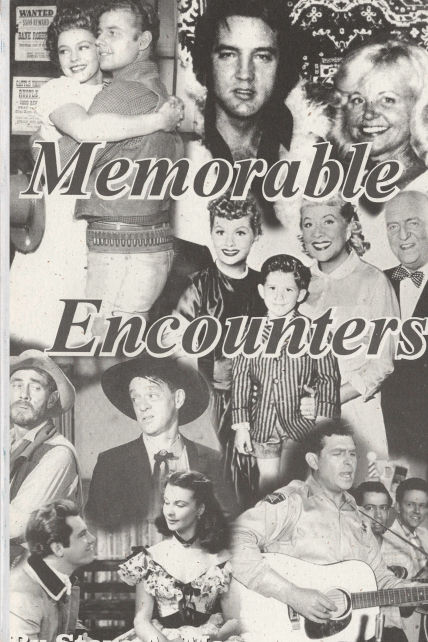 Six of the author's favorite interviews with celebrities that offer a behind-the-scenes peek into their lives.
Read about Johnny Western who has had careers in radio, music and acting; Bluegrass great Roland White who made an appearance on "The Andy Griffith Show"; Keith Thibodeaux who was better known as Little Ricky on "I Love Lucy"; Dee Presley who was step-mother to the "King"; Fred Crane who uttered the opening lines in the movie "Gone With the Wind"; and Harry Townes — a versatile actor front Huntsville, Ala., whose career spanned fifty years.

Steve, A. Maze is the publisher of Yesterdays Memories magazine, and a six-time author. He has also written numerous articles for newspapers and magazines.

Known as `Alabama's Storyteller'', Maze has appeared on a number of television shows to share interesting insights about the people and events on which he has written.

As a featured public speaker, he is popular for his humorous, down-to-earth, style of speaking. 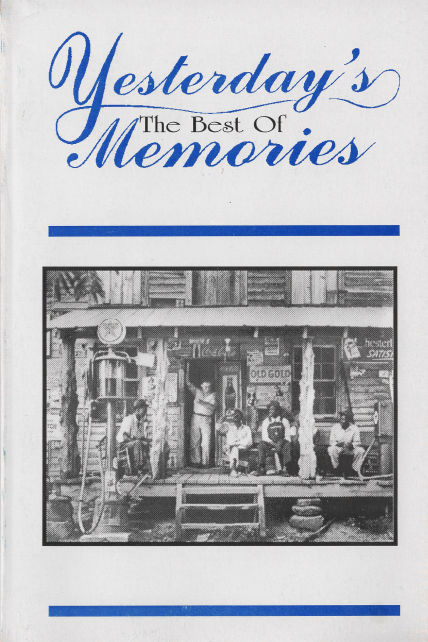 Take a walk down memory lane with some of the best stories from Yesterday's Memories magazine, plus several new ones we have never published. You will not only read about the hardships of days gone by, but the often hilarious ways our ancestors managed to make life enjoyable. These fascinating stories will entertain you, inspire you, break your heart and have you rolling in the floor with laughter. Read about fertilizer sack underwear, by-gone days of hog killings, ghost stories and the chance meetings of ordinary people with the famous. Includes photographs of local people you will instantly recognize in addition to photos of Bonnie and Clyde and Jesse James.

Why was Jesse James buried face down? Learn the answer in a story written by one of the famous outlaw's own relatives.

Who was the Marshall County preacher rumored to have been the infamous outlaw, William Quantrell? Did he really ride with Frank and Jesse James or was he disguising his true identity through the gospel? This story is truly fascinating!

Was Doc Holliday the legendary figure portrayed at the shootout at the OK Corral, or was he a true Southern gentleman? Read the true account of this Griffin, Georgia native--written by one of Doc Holliday's own relatives.

Read about people who once sang with some of the biggest names in music and a local fiddler who turned down a job with the biggest country music star ever!

Hankin' Around by Steve Maze 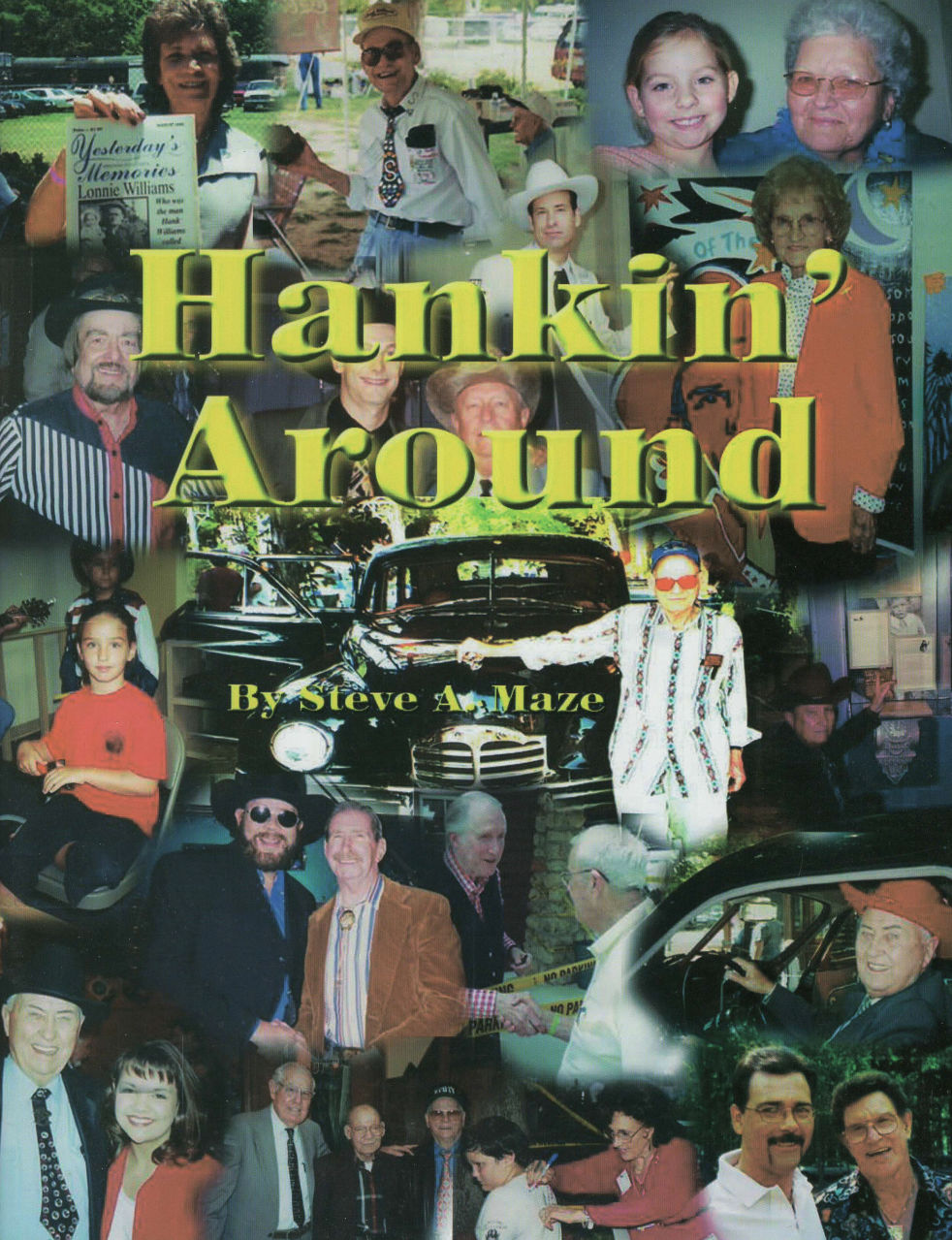 I was a newcomer to the "Hank family" in 1999 when George Merritt of Huntsville, Alabama graciously allowed me to tag along with him to the grand opening of the Hank Williams Museum in Montgomery. Little did I realize that Merritt, co-author of the book Hank Williams — the Biography, would send me off on a musical and literary journey that has not yet ended.

It was while attending the museum opening that I was pleasantly surprised to discover that a great number of Hank's former band members and relatives had survived him. It didn't take long for me to get to know them, and I began writing articles about their association with Hank Williams for Yesterday's Memories, a magazine of which I am the editor.

The first articles were about Hank's father — Lonnie Williams, and Hank's half-sister — Leila Griffin. They appeared in the March/1999 issue and were followed up in June of that year with two more articles on former band members Lum York and R.D. Norred.

Besides dropping by the museum in Montgomery on occasion, I also began attending Hank events held in Georgiana, Alexander City and Arab, Alabama, and Lieper's Fork, Tennessee. I even wrote about the events themselves, as well as the people who attended them.

I discovered that the "Hank family" doesn't just consist of those who are blood-related to Alabama's country music idol, however. It is also made up of former band members and Hank fans from all over the world. The "family" is a tight one since all of us have one thing in common — we all feel a personal kinship with the person who wrote and sang some of the most memorable songs in the history of country music.

Many of us continue to meet up at Hank events at various locations across the South for our "family reunions." Most of the time we stay at the same motels so we can share Hank experiences, meals and fellowship with each other. In between events we stay in touch via the telephone or email. Some even exchange cards on birthdays or during the Christmas holidays.

In 2004, I completed a book titled "Hank Williams and his Drifting Cowboys". Since that time, many in the Hank Family have asked that I put together a book of other Hank-related articles I had written. Many have been previously published in Yesterday's Memories magazine, but a few have never been seen until now. I included them in this book, as well as a couple of articles written by other members of the Hank Family.

Most of all, I wanted to share the stories and photos of the people and places where many of us have gathered on various Hank excursions. Hopefully, they will allow you to see how much we enjoy attending past Hank events, and how much we look forward to reuniting at future ones.

It's something that we call "Hankin' Around."
Steve A. Maze 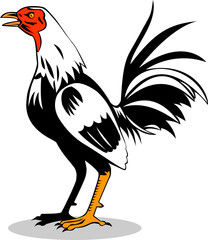 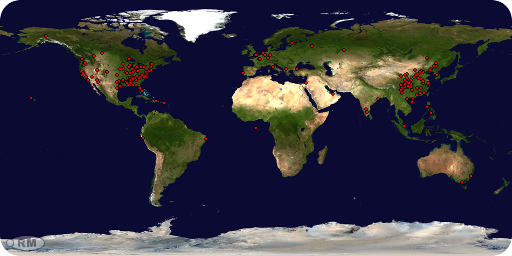